After Rapa Nui, Tahiti opened its international French gates for me. This was something else. The plane hardly touched ground or I found myself surrounded by guitar-playing and exotic dancing locals with a flower in my hair. I’d heard that Moorea, the magnific neighbour-island of Tahiti, was the best option for ‘backpackers’ and took off through flying-fish-filled waters to this island of extremes. Being on a tight budget I spent my days here hitch-hiking around the island on a diet of noodles. This wasn’t at all bad for the overall ‘Polynesia-experience’ as it got me in contact with some very interesting locals and on a trail to TALENT!

Jean-Luc Bousquet proved to be well known among the islanders. But I didn’t need the positive remarks of the local cardriving-life-savers to know that he is good. While looking through the islands’ tourist-magazine a picture of one of his paintings was enough to know who I was going to visit. His art is sur-real! Take a look at the video and decide for yourself! 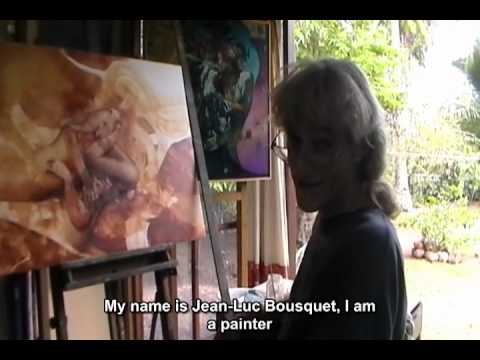 Jean-Luc focuses on the subject rather than the ‘decor’. He is influenced by surrealist painters like Dali, but has developed his own typical style. His repertoire is impressive, yet still he finds time to pass on his knowledge to art-students from both Moorea and Tahiti.

This weeks musical light is Pupu mata’i’oa, a local group that performs regularly in Moorea’s Hilton among other places. After getting the third lift of another Hilton-employee, I decided fate was pushing me in their general direction. Be sure to visit them whenever you find yourself in Moorea!

Below are some paintings to give you a better idea of Bousquets repertoire. Prices are significantly higher than previous painters in Latin America, but so are the costs of living in French Polynesia. If you are interested in artwork from Jean-Luc Bousquet, as always, you can contact the Global Trade Project! C’est magnifique, no?

Easter Island is one of the most remote and mysterious places in the world. The history of the Rapa Nui is tragic to say the least. Overpopulation on the island caused for bloody wars between clans just before the Europeans ‘discovered’ the island after which Peruvian slave raiders captured more than half of the population and set them to work as slaves in Peruvian mines. Under international pressure they where shipped back, but with the addition of smallpox and other diseases. Needless to say: it can be imagined that a lot of the culture was lost after this episode. Fortunately, however, there is still some of the Rapa Nui culture left and what’s more: Talent! Meet Mike and his group Maori Tupuna! 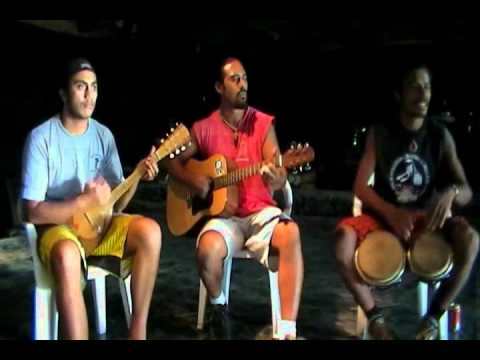 The song was composed by Mike Pate Haoa (middle in video) and his brother Uri Pate Haoa.

Easter Island is known for its wood-art based on Rapa Nui culture. As shown in the video, Mike is one of those talented wood-artists. However, making wood-art is not his primary ‘occupation’, and you’ll have to contact him directly to ask whether he has the time to make something on order and to negotiate a price with him.

For now, I hope this video shows some of the mysteries of Rapa Nui. If you decide to go there, be sure to visit Mike and his group Maori Tupuna!

Valparaiso is said to be the cultural capital of Chili. It is a name that sparked my imagination ever since I’d heard that it was the home-base of one of the greatest literal wonders the world had ever known: Pablo Neruda. Although I only had 3 days to spend in this harbour-city of the South-West, I was determined to find talent here.

As a general orientation, I decided to visit Pablo Neruda’s house (a museum nowadays). Excited I put my digital guide shaped as a mobile phone to my ear. It said this would be an experience I’d never forget. An hour later I stood outside, convinced that I would for always remain a cultural barbarian. Fortunately, my cultural spirits rose when I left the museum and walked down Ferrari street back to the centre. This street turned out to be a museum much more to my interests. And, what’s more, it was totally free! All along the way there where wallpaintings (murals) that showed the Valparaiso that I’d imagined ever since I heard of it for the first time. I had discovered my Valparaisen talent!

I met Mario Celedón in his workshop around which most of his work can be admired on the walls. Unfortunately Hostal Bellavista was in the process of getting a new paint. Celedón’s work was carefully protected with plastic, but I could imagine better timings for me to come and visit. Anyway, even if not everything was visible, his work is still very impressive. See the video! 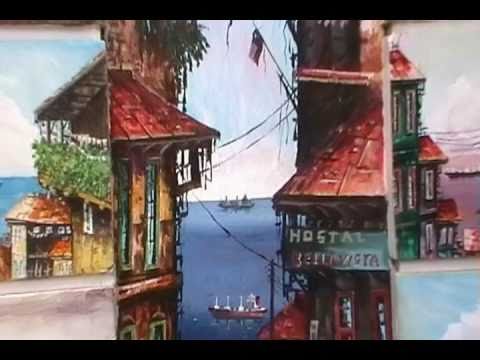 The music, as always, is also a result of a search for talent. In this case I had already given up on finding a musician (3 hours before my bus would leave back to Santiago) when suddenly a man darted past, completely dressed in a way that he might just had walked out of a medieval Spanish painting. It took me a minute to realise that he was actually holding a guitar in his hands and another minute to conclude that he must have talent when walking with a guitar and dressing up like that. Eventually I caught up with him and he invited me to his house for a beer and a performance for the GTP. Jackpot!

Celedón’s paintings, as seen on the walls, are also for sale on canvas. Mario can make any of the shown paintings on order. Especially the paintings on the fourth and fifth photo below are popular. Prices for the big center-paintings in the photo are around 100 USD, Smaller paintings range from 25 USD to 50 USD. Contact the GTP to get in touch with Mario Celedón if you would like to have something special on your wall!